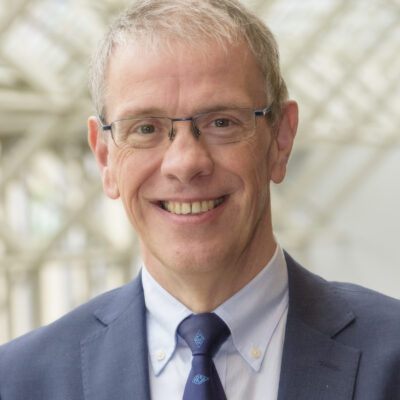 Peter Van Daele is Secretary General of URSI, the International Union of Radio Science, a non-governmental and non-profit organisation under the International Council for Science, responsible for stimulating and coordinating, on an international basis, studies, research, applications, scientific exchange, and communication in the fields of radio science, radio communications, radio propagation and electromagnetic waves.

Peter Van Daele was elected as Secretary General of URSI in 2017 and served as Assistant Secretary General already since 1993. He is also professor at Ghent University, Belgium and permanent member of staff from IMEC (Interuniversity MicroElectronics Center) in Belgium and more specifically with the IDLab (Internet Technology and Data Science Lab).

He was and is directly responsible for several EU-funded research projects both on a technological level as well as on a more coordinating level e.g. as project coordinator of projects in the field of micorelectronics and later in the area of Future Internet and Next Generation Internet. Currently he is project coordinator of the European funded H2020-project “Fed4FIRE+” offering open access to the largest federation worldwide of facilities for experimentational research in the area of Next Generation Internet.

Peter Van Daele is author or co-author of over 400 publications and presentations in international journals or at international conferences and is involved in the organization of some major conferences in the field, such as ECOC (European Conference on Optical Communications) as well as the URSI Flagship meetings.

Any cookies that may not be particularly necessary for the website to function and is used specifically to collect user personal data via analytics, ads, other embedded contents are termed as non-necessary cookies. It is mandatory to procure user consent prior to running these cookies on your website.